Naturally, it would be easy to think this meant my hair was curly. Many people don’t really recognize wavy hair, so if hair is clearly not straight, they will just call it curly. Through learning a bit more, I started to realize my hair wasn’t curly, it was wavy.

I know some are confused about the differences between wavy and curly hair. I thought I would try to explain in a way that makes the most sense to me. 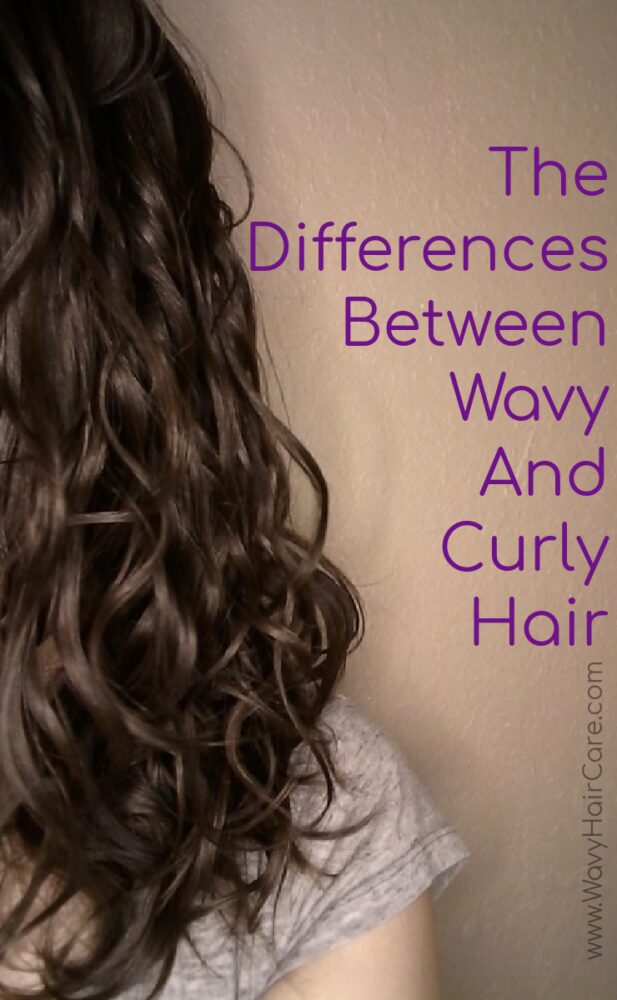 The difference between wavy and curly hair

Curly hair makes a full 360-degree spiral around, forming a complete circle where it twists. Wavy hair is more of an S shape, going from side to side. Tighter waves can create loose spirals or corkscrews, but won’t complete a full circle at the same height.

To see examples of 2a, 2b and 2c waves check out my wavy hair pattern chart blog post. 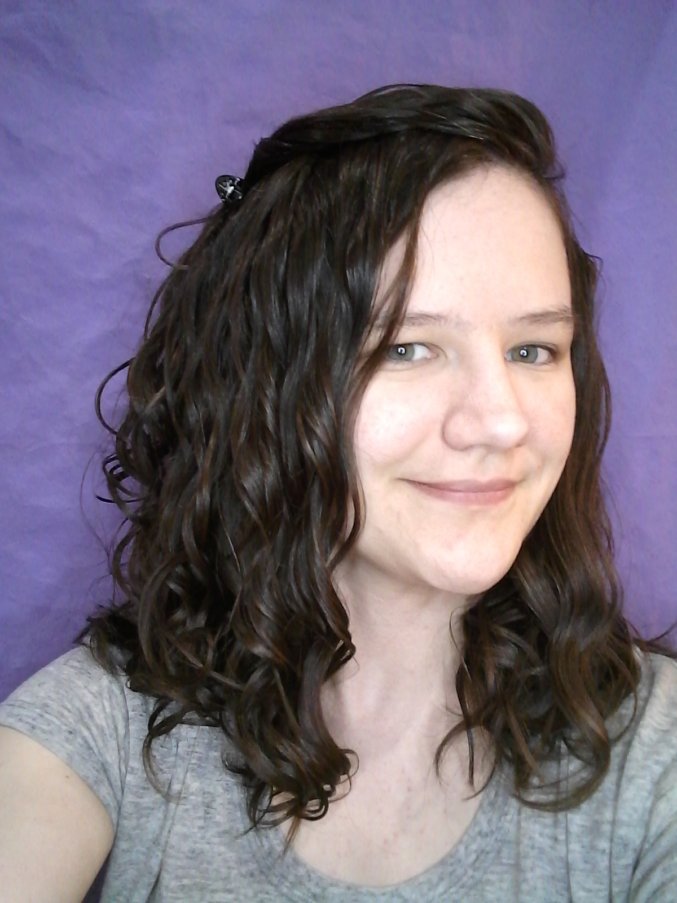 This difference in how curly hair is used both as a broad umbrella for ‘textured hair’ and how it is also used to describe just type 3 hair, can certainly be confusing. Some people with type 3 hair seem to see it as false or dishonest for people with wavy hair to refer to their hair as curly.

I can understand this because if you search #wavyhair on Instagram, or try to look up curly hair cuts, you’ll come across almost exclusively heat-style wavy hair.

It’s very trendy for salons to curl and then brush out someone’s hair after cutting it, so those heat-styled waves are all over, and it makes it harder to find content about naturally wavy hair. When people with wavy hair use curly tags, it causes the same difficulty for those looking for curly-specific content.

So, I use #curlygirlmethod sometimes because while my hair is wavy, I do follow the curly girl method for the most part, but I don’t use #curlyhair or similar because my hair is not curly. I find that it feels unnatural to use “waves” or “wavy” in some contexts. For example, I say “curl clump” because “wave clump” just doesn’t sound right to me.

However, when speaking generally about my hair I prefer to specify that it is wavy, not curly, just to show respect to those with curly hair who want that word reserved for them. Of course, this is personal preference. 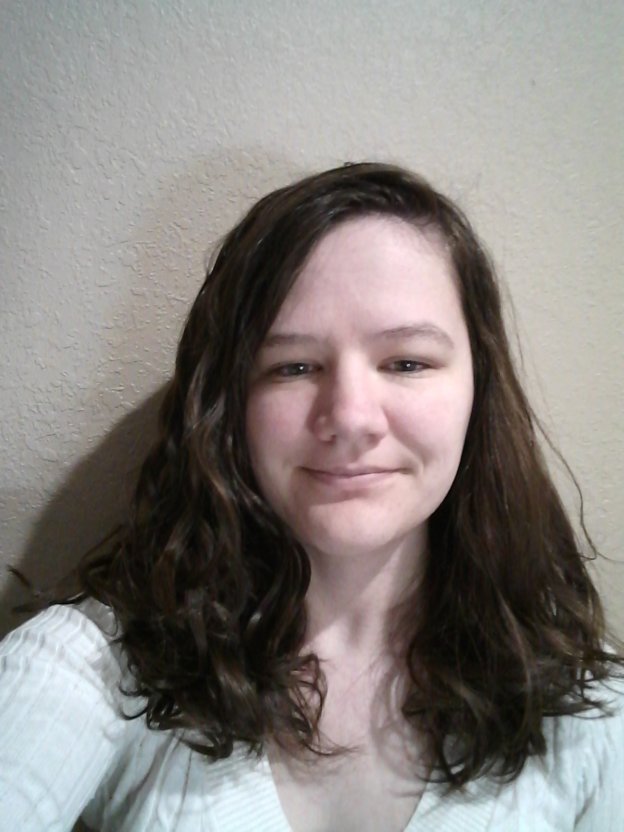 Are Wavy and Curly Hair The Same?

Wavy hair and curly hair are not strictly synonymous. Wavy hair is a looser texture, and there are some common differences in these hair types. However, wavy and curly hair can also have a lot in common!

Please note these are all generalizations. Wavy hair properties vary from person to person. 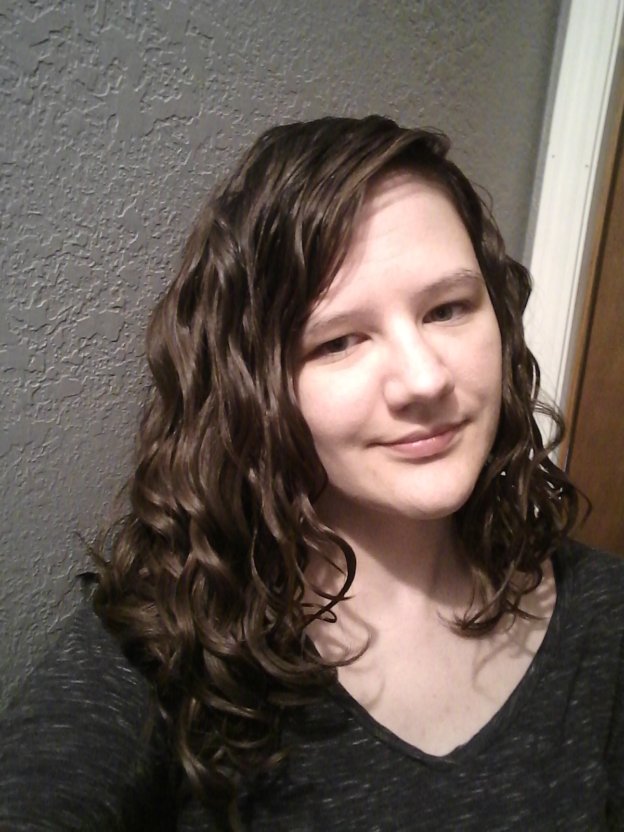 Does The Curly Girl Method Work For Wavy Hair?

For example, most people with wavy hair will use a sulfate-free shampoo (low poo) instead of cowashing, as the strict curly girl method recommends. I have a detailed blog post about how to modify the curly girl method to work for wavy hair.

However, I think people with wavy hair generally get healthier hair if they treat it closer to how you would treat curly hair, than straight hair. For example, wavy hair typically doesn’t do well with being brushed or combed regularly like you would do for straight hair.

Can Hair Be Both Wavy And Curly?

My wave clumps stick together – are these curls? 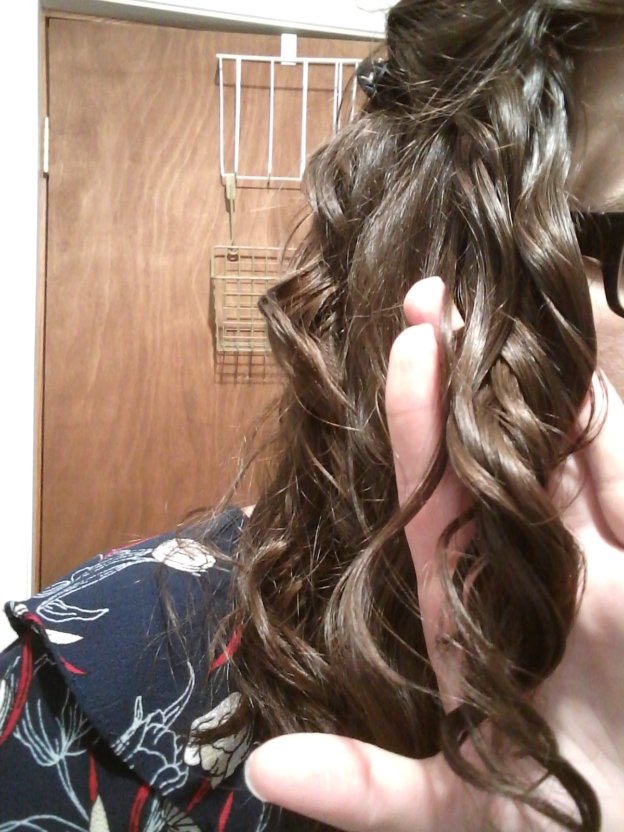 I commonly see people posting asking if curl clumps like the one pictured above is a wave or a curl. Or sometimes I see wavies posting that they are so excited that they got a curl, and post a photo like this.

At a glance, this does look like a curl because you can’t see through it, it appears to be making a full circle around, like a true curl. However, what this actually is, is two (or more than two?) 2b or 2c waves that are cuddled up together sort of like a double helix. If you look at the bottom of the clump, you can see the ends of the double helix. So if separated, these would be two waves, not a true curl.

Sometimes when my hair does this I leave them, other times I try to pull them apart. Whatever you like the look of is fine. But for those who are curious, if a hair is a ‘true’ curl you can separate it into an individual clump and it would still do a full spiral around. 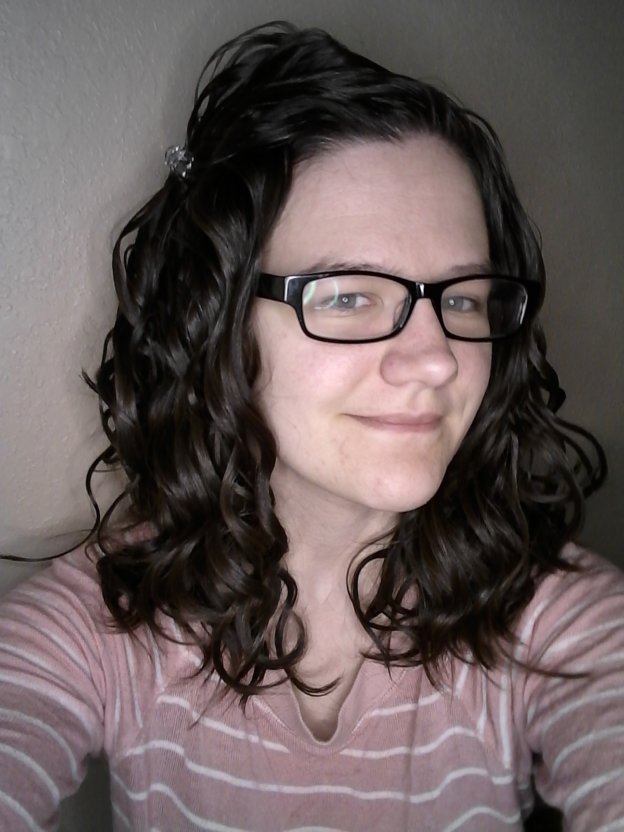 Sometimes wavy hair does become curly naturally. Especially if your hair is wavy but damaged from heat tools, perming or dyeing. If you’re curious about this, I have an in depth blog post about ways to make wavy hair curlier.

Does Wavy Hair Pattern Start At The Ears? 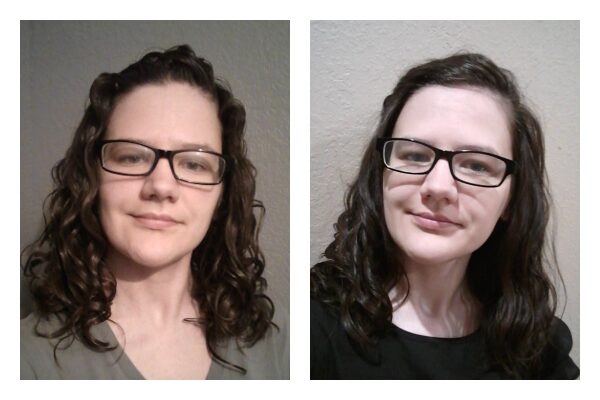 If you’ve got wavy hair and are looking for more wavy hair care info, check out my blog post directory. It lists all my articles by title.